Madoka Chomado
You Are Reading

JXUG, Japan Xamarin User Group, and I had Visual Studio App Center Festival at Microsoft Japan office and more than 100 people attended the event.
As the keynote speaker, we invited Luke Kim, Principal Software Engineering Manager from Microsoft Korea, who is the lead for Build/CI work at App Center. After the keynote, he did “Ask the Speaker” for hours and got many questions/requests from VSAppCenter users directly.

The important point of this event is that it had not only break out sessions but also App Center Hands-on Labs Workshop so that all the attendees could try App Center. (It was not ‘the other sub track’ but the main track so all the attendees, 106 people, participated in the workshop.)

↑ The speakers walked around the room and helped the attendees coding

↑ Luke’s “Ask the Speaker” corner. He answered many questions from attendees. I had been with him as a translator (English ↔ Japanese).

Actually, I had a technical session at Microsoft Tech Summit 2017 with Kazuki last year. Its session title was “DevOps with Visual Studio Mobile Center”. I love Visual Studio (App|Mobile) Center.

He showed us about why they created App Center and how they can help app developers be more productive. We understood how passionate they are about developer productivity.

↓ One of the audience said, “Applications will improve the world. From Luke’s speech, I feel their strong passion that Microsoft will support us so that developers can more accurately shape ideas. It’s awesome; I’ve long-waited this kind of passionate session.
To be honest I got so much impressed. I understood the world gets better and better.”

During his talking, all the audience agreed with his “Engineers’ typical day” story:

Luke “But wait… I think I’ve seen this somewhere before right?”

↑ “Like the fragmentation of the disk, the developer’s time is shredded. I agree with it.”

It’s like a fragmentation and we want to defragment it. So that developers should spend more time to develop/code new features.

Plus, he was so kind that he used Microsoft Translator Add-in to his pptx for us Japanese. It helped Japanese audience a lot.

After the Keynote, Luke had the “Ask the Speaker” time and answered many questions from App Center users. (I translated their conversation.)

The details of sessions are written above (in the timetable).

Feedback session by me (@chomado)

Session about comparing with VSTS by Kazuyuki Miyake (@kazuyukimiyake)

We all enjoyed App Center Festival. Thank you! 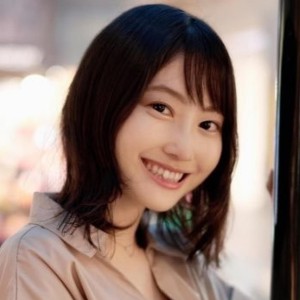 Madoka Chiyoda, a Cloud Developer Advocate at Microsoft, based in Japan. I'm not only an engineer but also a manga artist. Everyone calls me Chomado.